When out of nowhere one of the cubs came to investigate the chicken I leave for them (I have done this for a while now as they always seem to use the route on there travels, but usually if I really lucky the female will come and grab it and run, the male will not come near no matter what?)

It looked out from the side of the lane weighing up its options if to run or not, as much as I wanted to move the camera and try a few shots I knew as soon as I did that would be game over !

To the side I could hear the cubs squealing no doubt arguing over said chicken out of sight !

I thought that was that yet again, but my luck was in and they came back again a little less wary as nothing had gone wrong on there first visit to the amazing chicken path

all taken at 840mm and down to 1/125 on 2 of the shots and 1/250 on the backlit one, so really hard work as any slight movement = oof ! Although it can be bright the sun is coming from the wrong angle so side/backlit

I would like to change my position further down the lane as that is where they always come from, but unfortunately there is no where to hide as such because the bushes thin out and lots of gaps, but something I am working on

I have tried a few more times since to no avail besides the cubs and adults in the distance, but you can guarantee the chicken is gone the next morning

I have put so many hours in now I just committed to keep trying, even though 99% it a thankless task, one day of images makes it all worth while 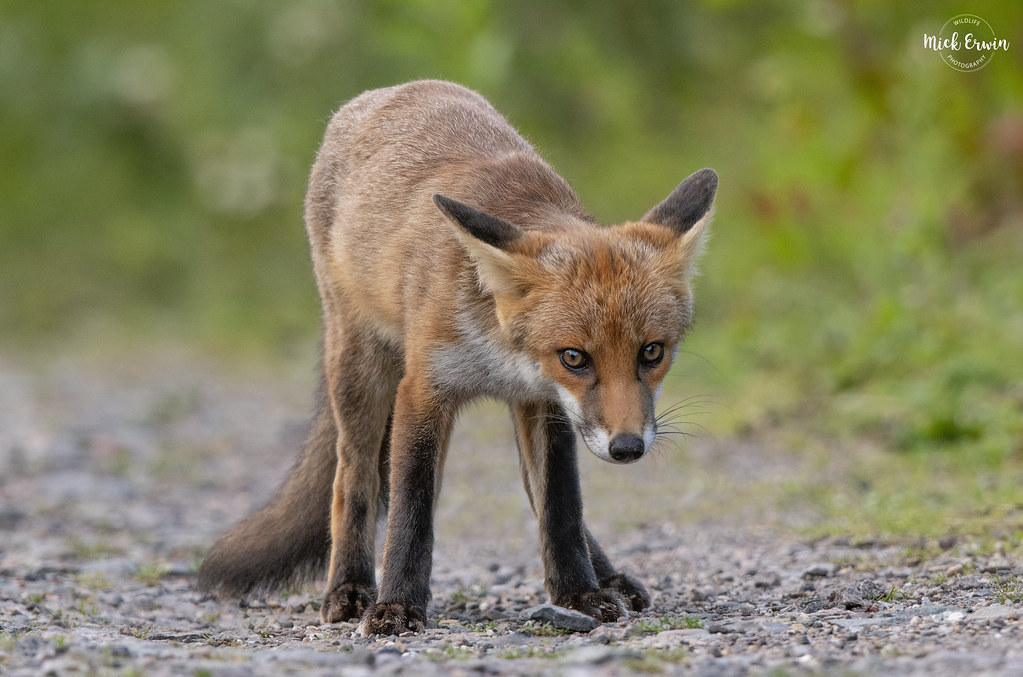 Amazing photo's Mick. Such a beautiful animal.
"Meet Mike, he swims like a fish"

lovely write up Mick, when those stars align wow don't it feel good.

It's shocking how good those senses are....... we'll it isn't we all know ,but when you try repeatedly to make an image ,one suddenly becomes aware of just why they are the only large land based predator ,we have NOT managed to exterminate on our little isle. Remarkable intelligence!!

All credit again Mick, all the images are beautiful,picking out the best is so damn hard even with only 3 to choose from I do like the back lit cob. Mate as I said before huge respect for what you have achieved and the effort. put in to achieve this. You have always made fab images Mick, this lot are up there for me.

anyways mate, best stop blowing your trumpet and go and look at my own efforts. Ha ha ya can't beat half a gale to help confuse a fox

Terrific set Mick- I love No1

The stars were in good alignment for you Mick - a great day's work. Strange isn't it that the harder you work the luckier you get!
- number one my fav out of a great set.

All great shots, but #1 is my favourite
I'm only old on the outside

“Cracking” set of images, nothing more to be said.

George.
Be who you are, Because those that matter don't mind, And those that mind don't matter.