Dubbed as the Stonehenge of the Peak District, Arbor Low Stone Circle is a Neolithic henge monument situated in the countryside of Derbyshire.

There are around 50 whitestone slabs, unlike Stonehenge however, these slabs have now all fallen, though some believe they were placed like this. The henge was constructed about 2500 BC.

The weather on Saturday was challenging, quite a cold and gusty wind (around 15-18mph winds), I had to hold my tripod down whilst taking the shot.

I had to include the Rainbow in the photo so I hurried around the slabs trying to pick one to work for a composition, I quickly decided to choose the slab right in the centre of the circle, the central stone 'cove' - a feature found only in major sacred sites. 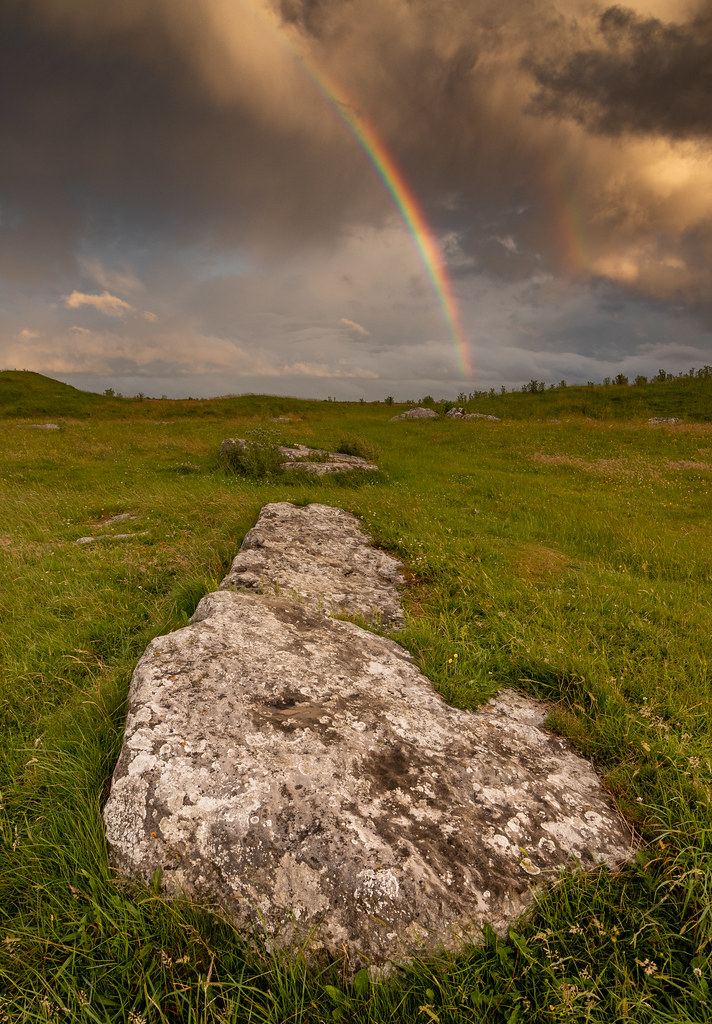 George.
Be who you are, Because those that matter don't mind, And those that mind don't matter.

The conditions seemed epic over there on Saturday and this looks good to me - the only thing I'd look at is a tweak in curves maybe, just to give it a bit more pop particularly for the brights
Landscape Photographer of the Year category winner, commended 2014, 2016, 2017. Outdoor Photographer of the Year selected 2015 and 2018.
You must log in or register to reply here.
Share:
Facebook Twitter Reddit Pinterest Tumblr WhatsApp Email Link
Top