A FURTHER milestone in the UK Military Flying Training System (MFTS) programme with the first flight of a T-6C Texan T1 in Royal Air Force service. The sortie was announced yesterday, February 22, by the Ministry of Defence and had taken place the previous day, February 21, at the type’s new base at RAF Valley, Anglesey. The aircraft undertaking the initial flight was ZM324, which had been one of the first two delivered to Valley on May 15, 2018, as we had reported on Warnsey’s World at the time.

Affinity Flying Training Services Ltd, which has been contracted to manage the programme for the MOD, took delivery of the 38th and final fixed-wing aircraft for MFTS on December 3, 2018, when the last of ten T-6Cs arrived at Valley. This concluded a three-year procurement programme which also included delivery of 23 Grob G120TP Prefect T1s and five Phenom 100s. Affinity is a joint venture between Elbit Systems UK and KBR.

The new MFTS syllabus will see pilots begin flying with the Prefect before moving on to fast jet training on the Texan before completing their training on the Hawk T2. Student training with the Texan will begin later this year, replacing the Tucano T1 which currently undertakes the role at RAF Linton-on-Ouse, North Yorkshire. 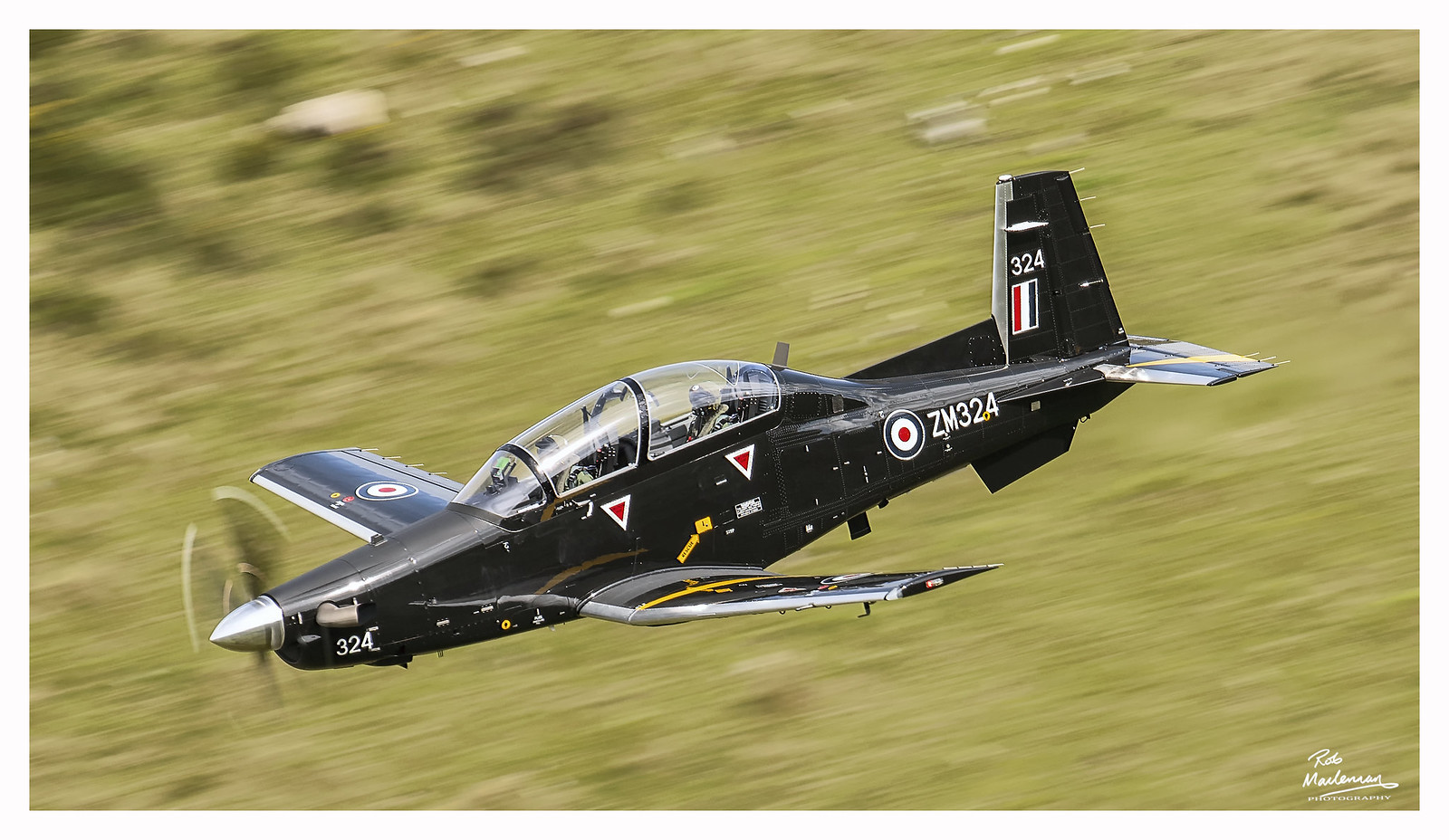 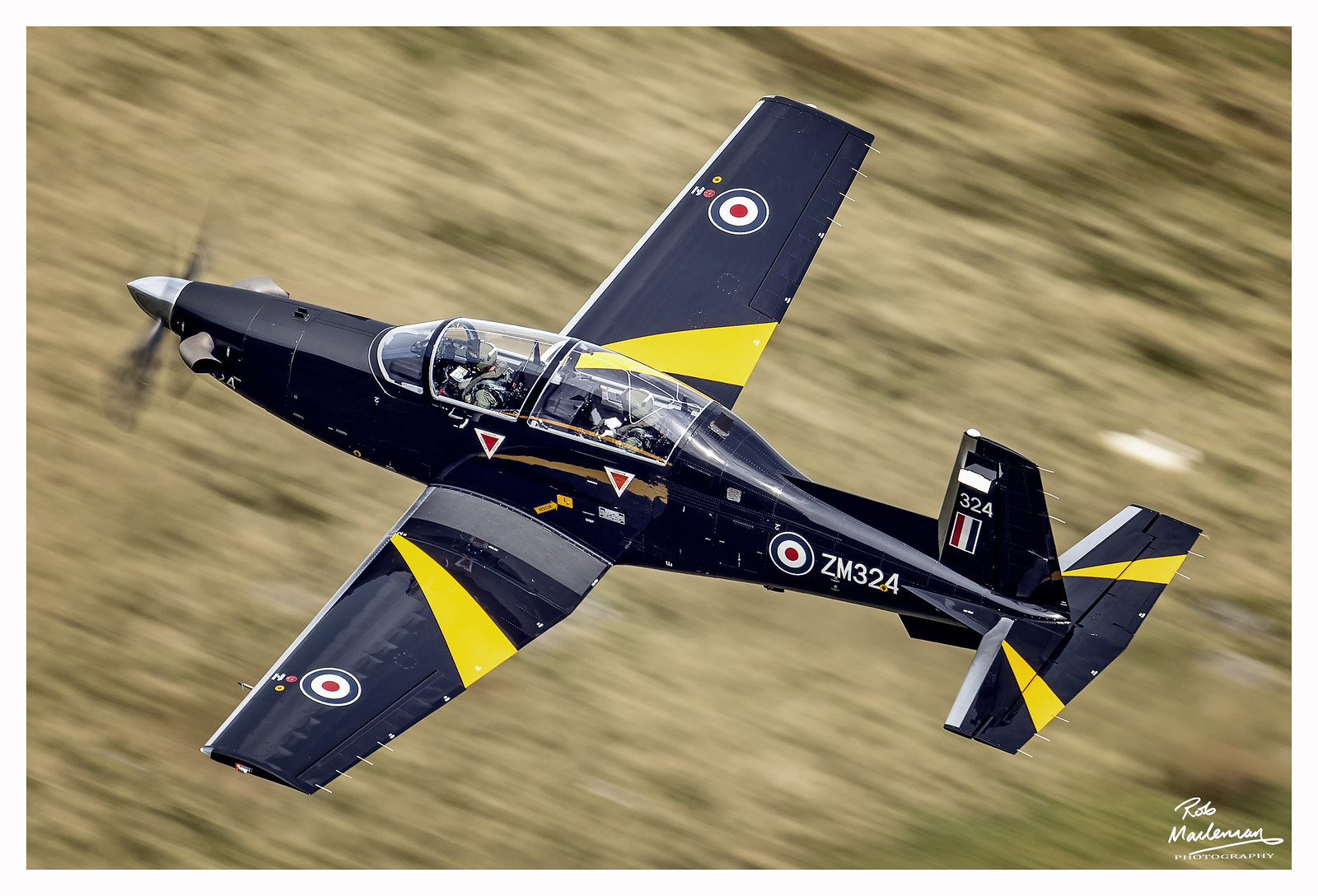 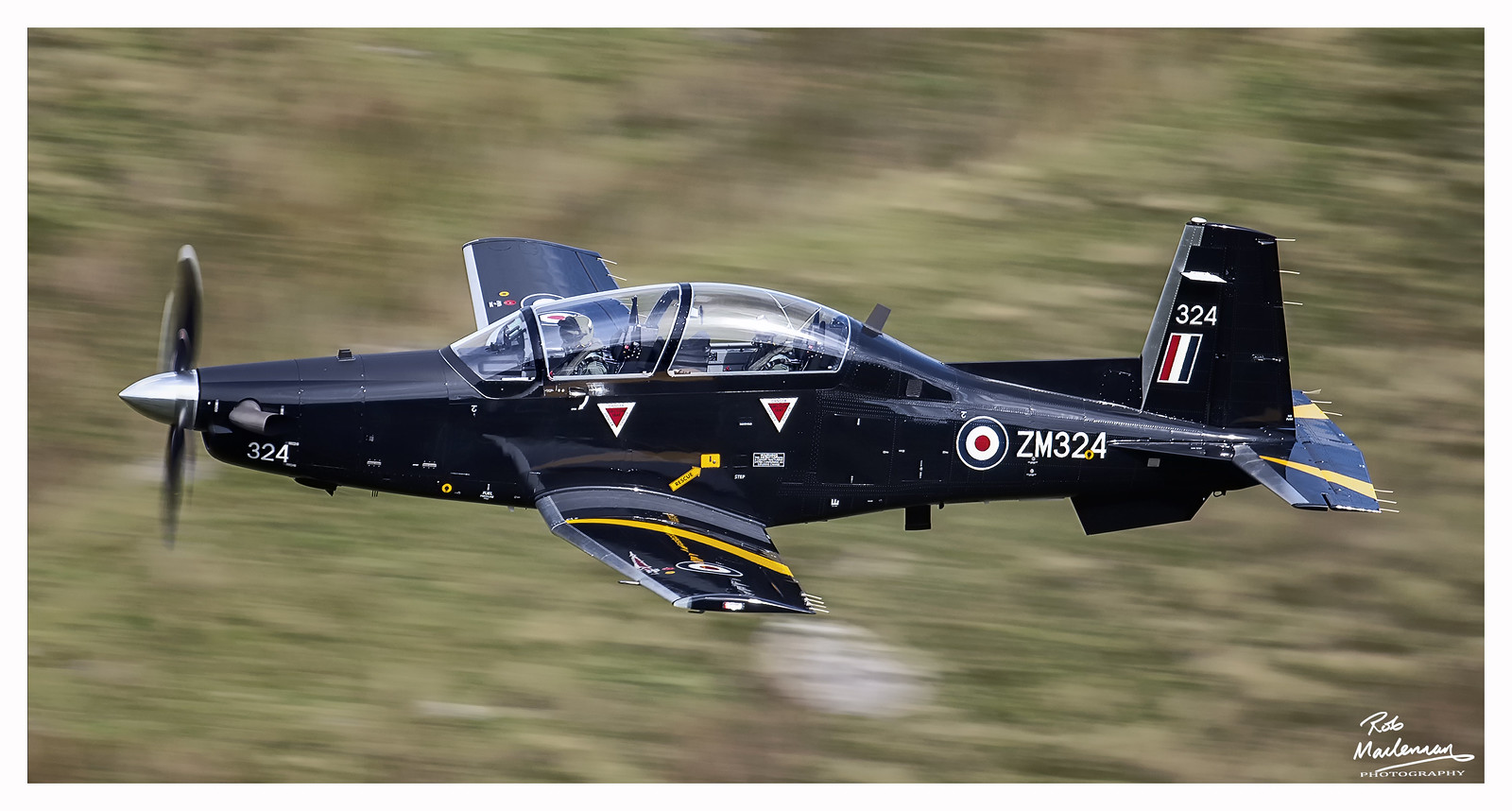 The T6 Texan was a variant of theHarvard, and the aircraft in your shots looks like a variant of the Tucano. Have they reused the T6Texan name on a new Tucano model for the RAF? Or am I all confused?
Flickr: https://www.flickr.com/photos/lindsaypennell/
Nikon D500, Sigma 24-35mm f2 Art, Sigma 105mm f2.8 macro, Sigma 150-600mm C: landscape and wildlife mainly;
Olympus OM-D E-M10 Mk1, Panasonic Lumix 14mm f2.5 for street
Pentax film cameras: LX, MX, KX, Spotmatics, MZ-5

Just researched an answer to my own question:

Under Raytheon ownership, Beech developed the T-6A Texan II from the Pilatus PC-9, in response to the long-running US Joint Primary Aircraft Training System (JPATS) requirement to replace the Cessna T-37. After reworking a Pilatus-supplied airframe, Beech flew a production standard Texan II, known then as the Beech Mk II, for the first time in December 1992. On June 22, 1995, Beech was announced the winner of the JPATS competition and the Texan II began re-equipping USAF flying training squadrons in May 2000.

The Texan II name recalls the North American T-6 Texan of World War II, a type used extensively by the RAF and Royal Canadian Air Force as the Harvard. When the T-6A-1 was developed as the CT-156 for the NATO Flying Training in Canada programme, it was appropriately named Harvard II. Subsequent variants include the T-6B for the US Navy and T-6C export version.