Second go at Rugby - happy to hear your thoughts

So last weekend I nipped back to my local Rugby club. It's only about 300 yards up the road, so no great drama - as long as the time is available of course.

The weather had been horrendous during the morning, but cleared up a bit in the afternoon. Even so, with the shorter days I was really having to push the ISO (for me) towards the end - getting up and around ISO5000.

Listening to the comments from my first attempt I took a seat and tried to crop a little closer. I have to say I didn't find this easy. It was a one sided game - normally going the wrong way for me and trying to isolate players wasn't easy with the usual 'clumps' of guys running around trying to batter each other.

1. Stay down there you 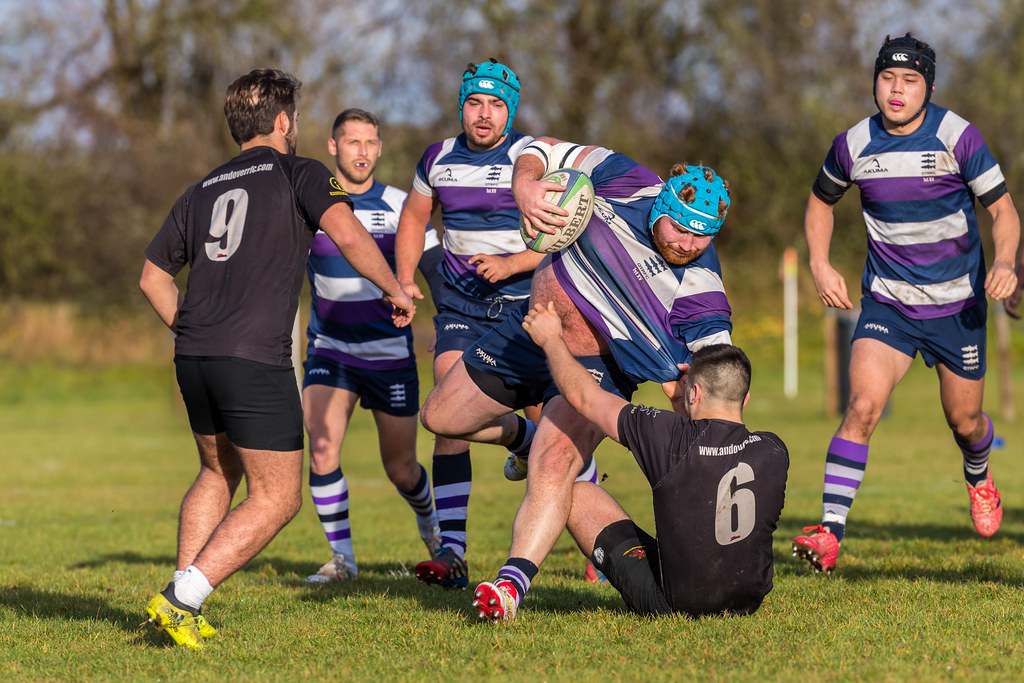 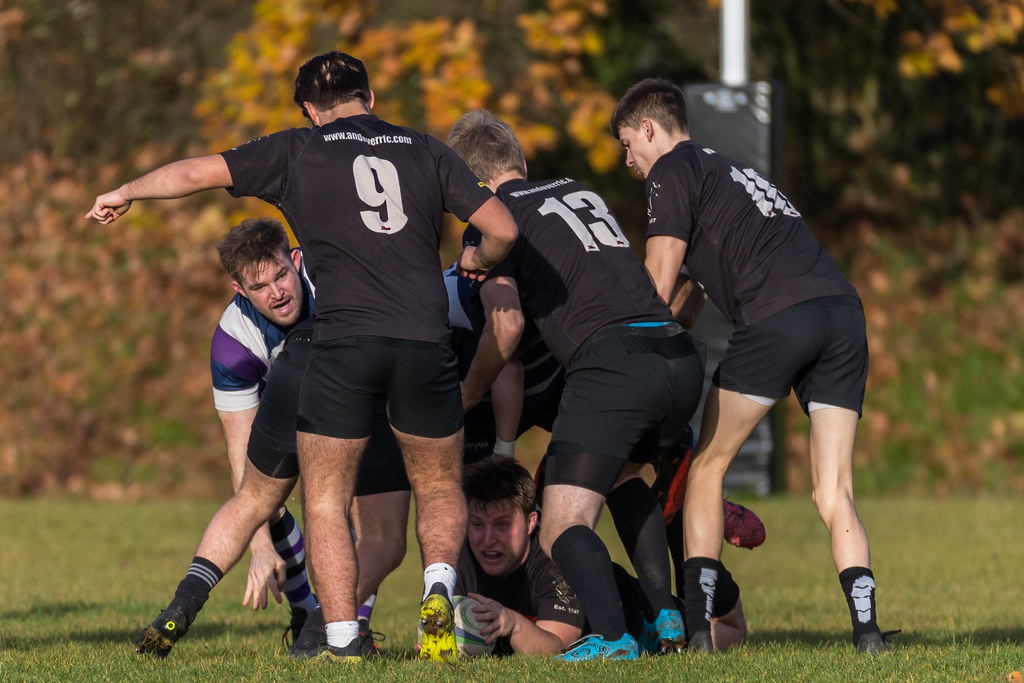 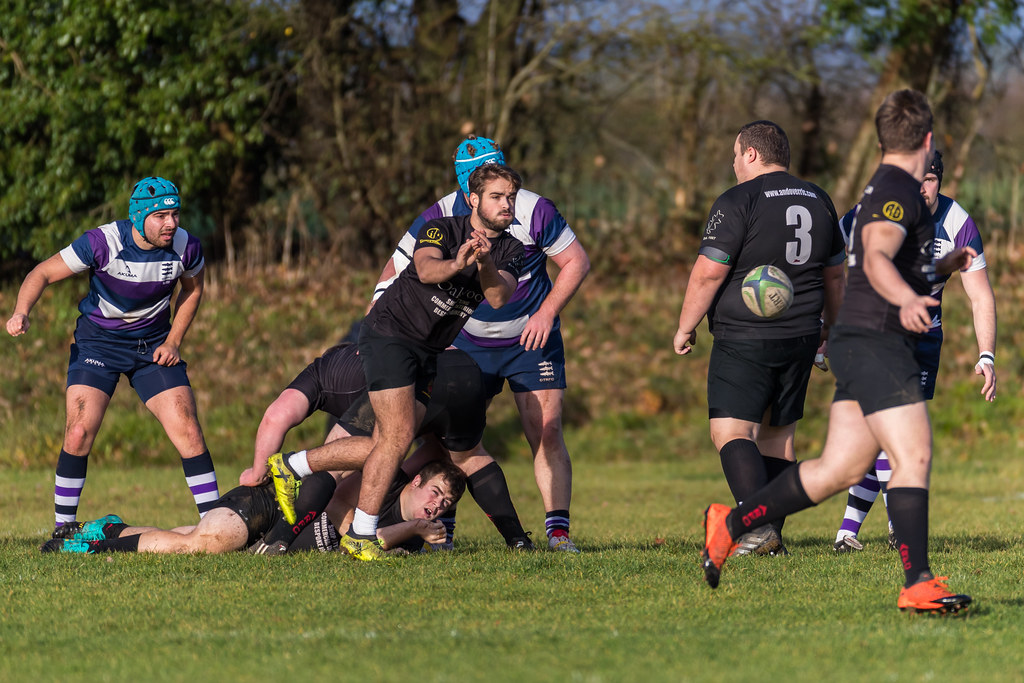 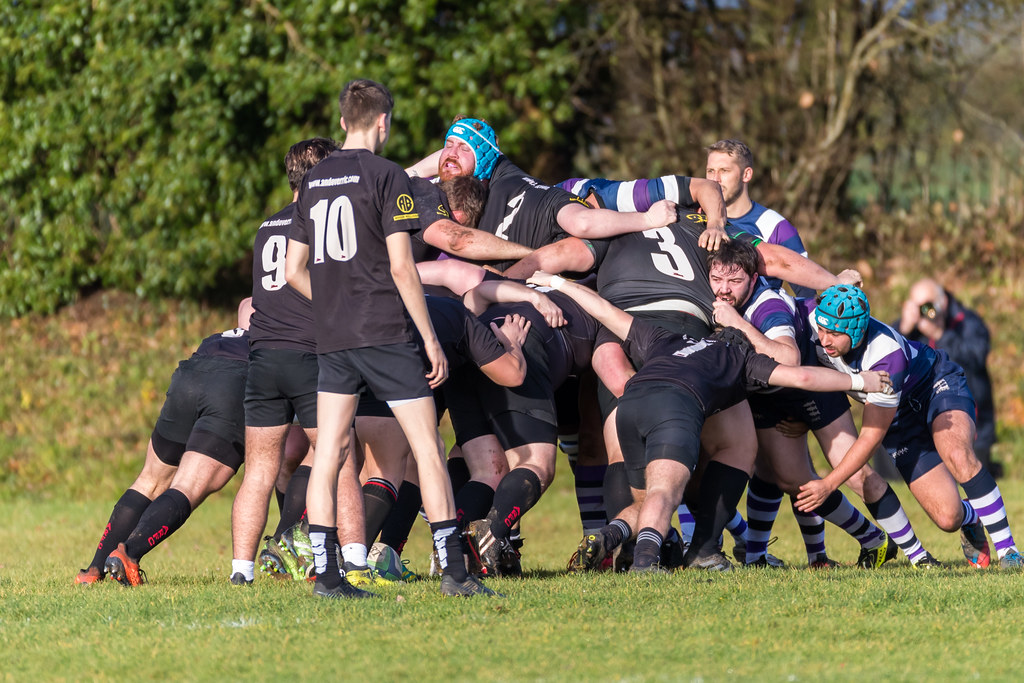 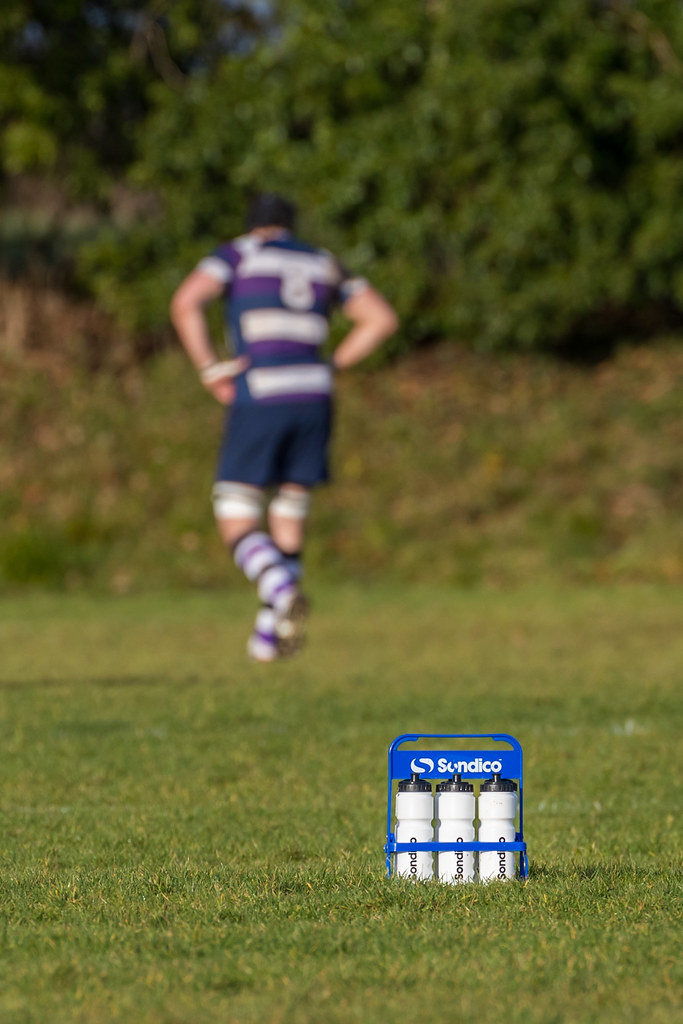 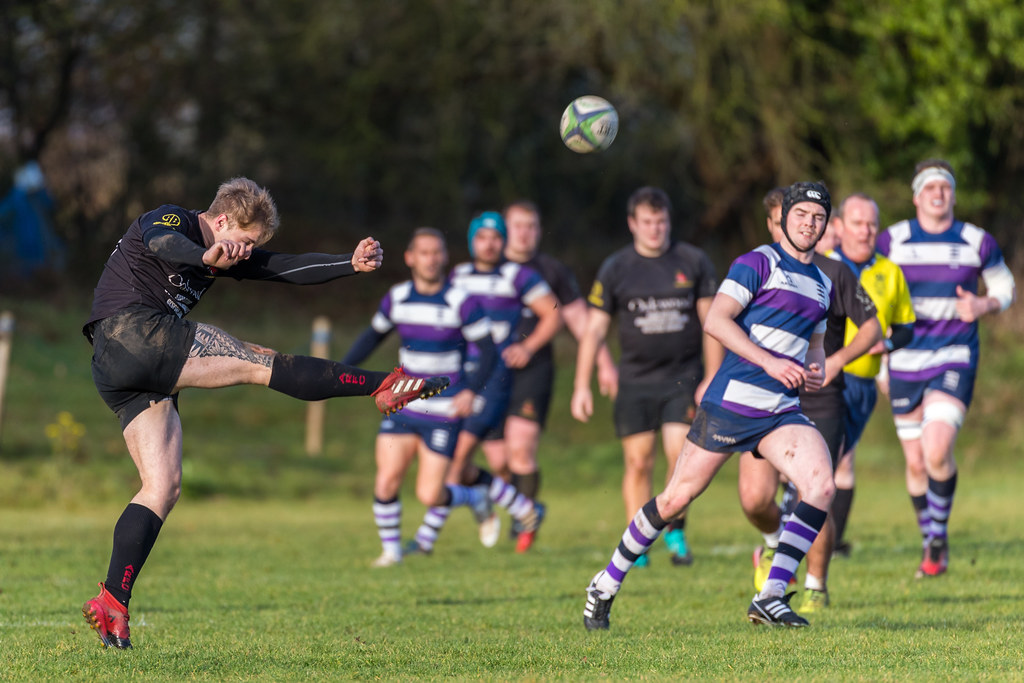 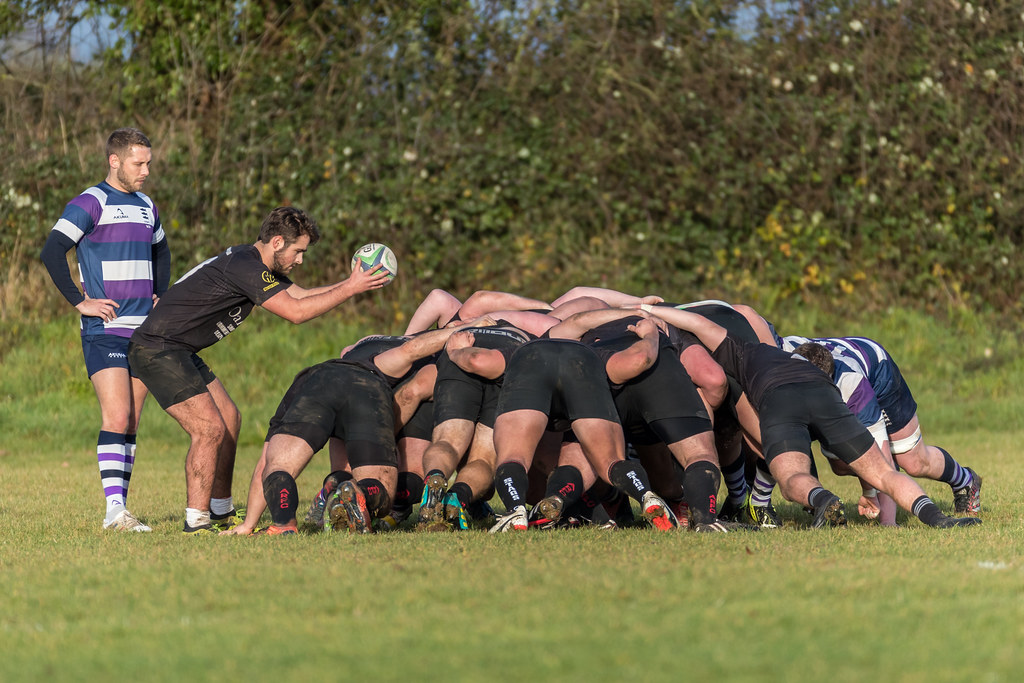 8. You are not catching him 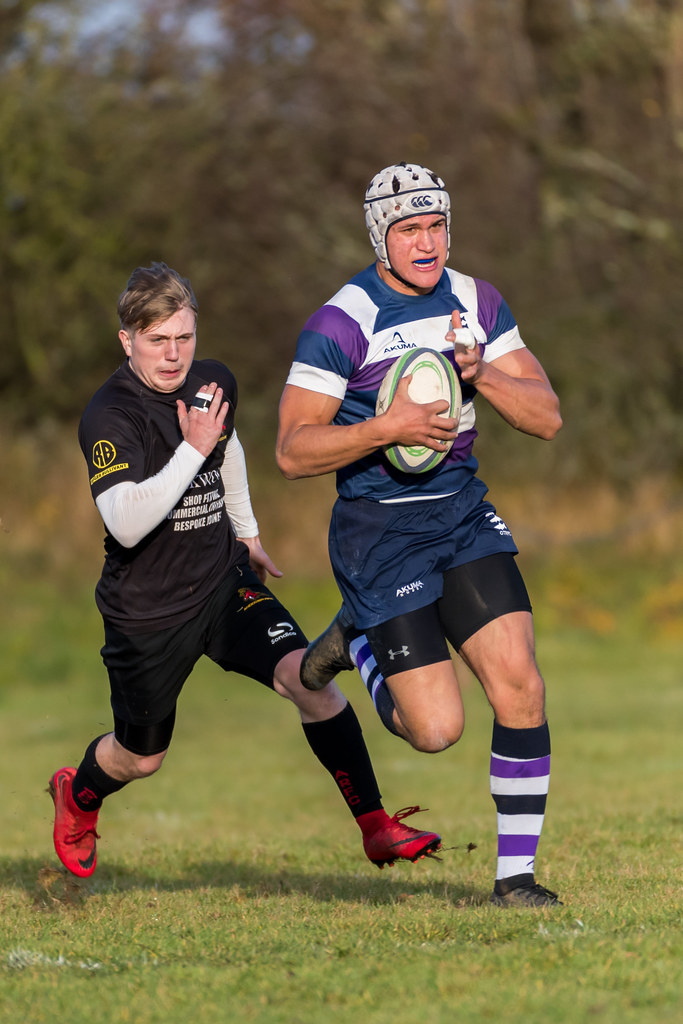 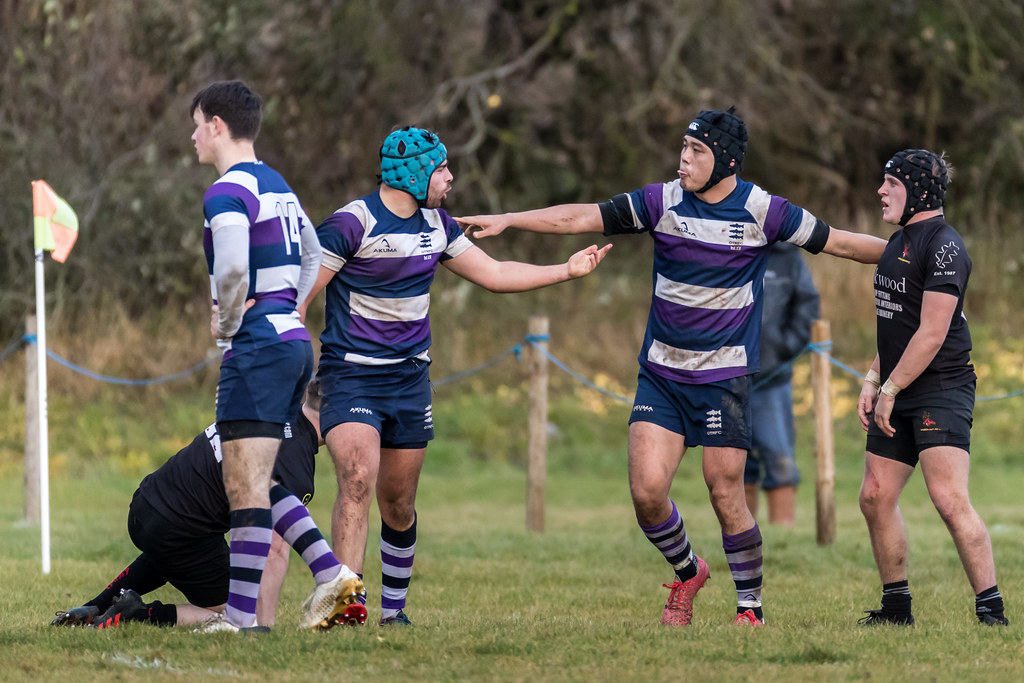 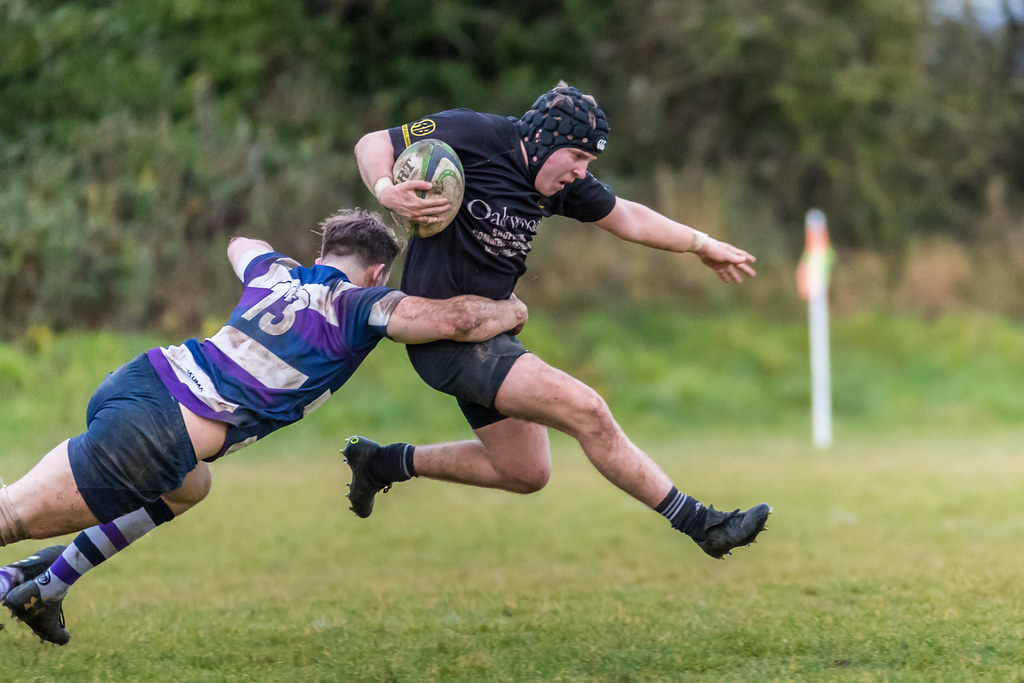 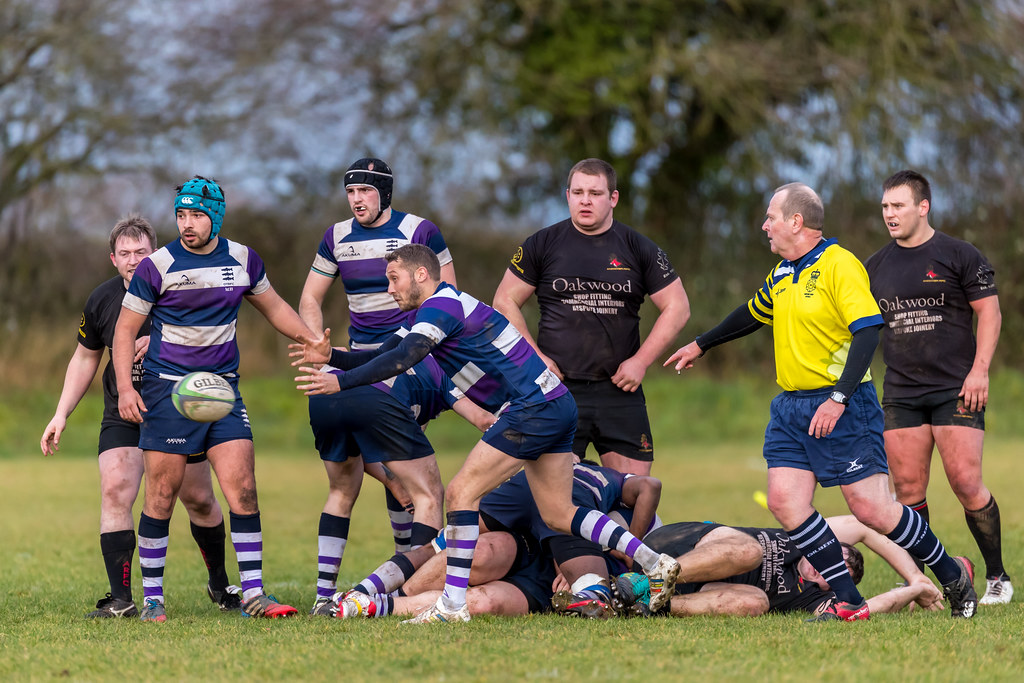 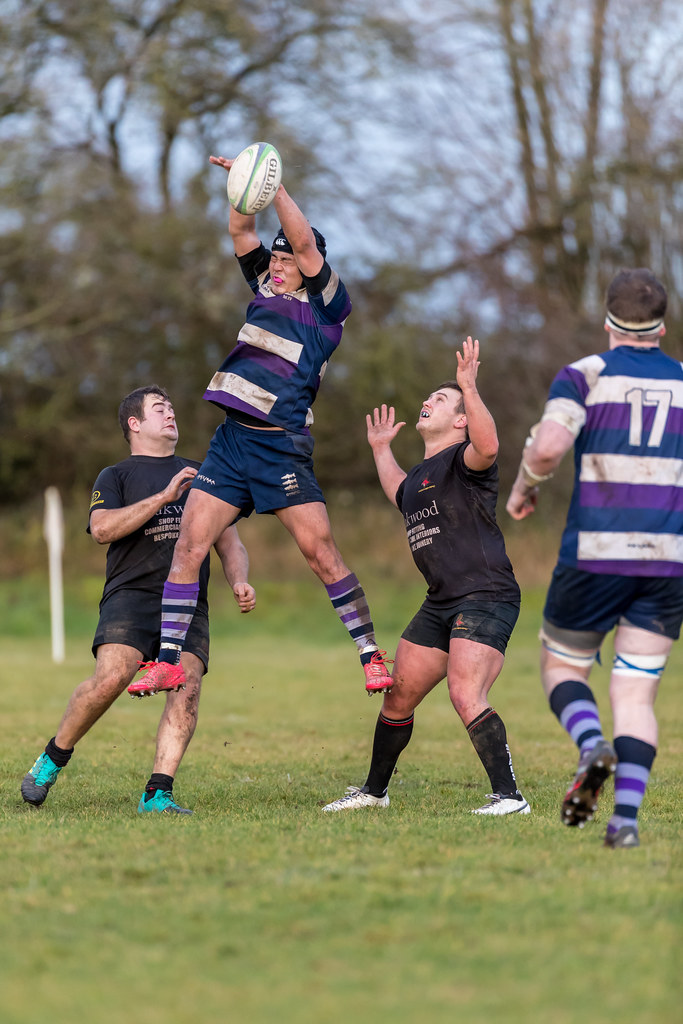 8,9,10 and 12 are my faves Gary re getting action shots, I have done just the one rugby game, which was a local ladies team, not sure what kit you have but I used a 7D2 with a Canon 70-200mm f/2.8. I found getting in the right position on the side line was a problem to get the tight action shots I was after but 15mins or so through the game it seemed to come together and I tried to get it with the sun/best light behind me and concentrated on shots of the home team if possible, I'll post some shots with settings if that helps.

Some good pix there for sure!

No10 stands out - and if you can lighten his face in No2 that would be up there.

The lack of distracting backgrounds is a big plus. Well done - or was nobody spectating?
"Wow - you must have a great camera!" .... "Yes, I taught it everything it knows."
B

1 - good. the crop is a little off centre but that's just a nitpick

2 - throw away. your eyes need to hunt for the subject and when it gets there, it's in shadow

3 - ok but not particularly compelling

4 - again crop is a little off balance, and a bit overexposed, but otherwise a good capture.

10 - good but a real shame you don't have the tackler in full here, could have been excellent

11 - ok but not very interesting

Thanks for the comments.

The off balance crops are usually a sign that there is someone just out of shot and I didn't think the image could take any more as it would look wrong.

The one you said was good, but could have been excellent there is another guy just to the left and with a bigger crop he'd have a body part or two really on show. As it is you can see a foot. This is the sort of shot I was hoping to get more off, but so far it hasn't happened. Another view of it below.

I am enjoying trying this new discipline, so as time allows I will continue. 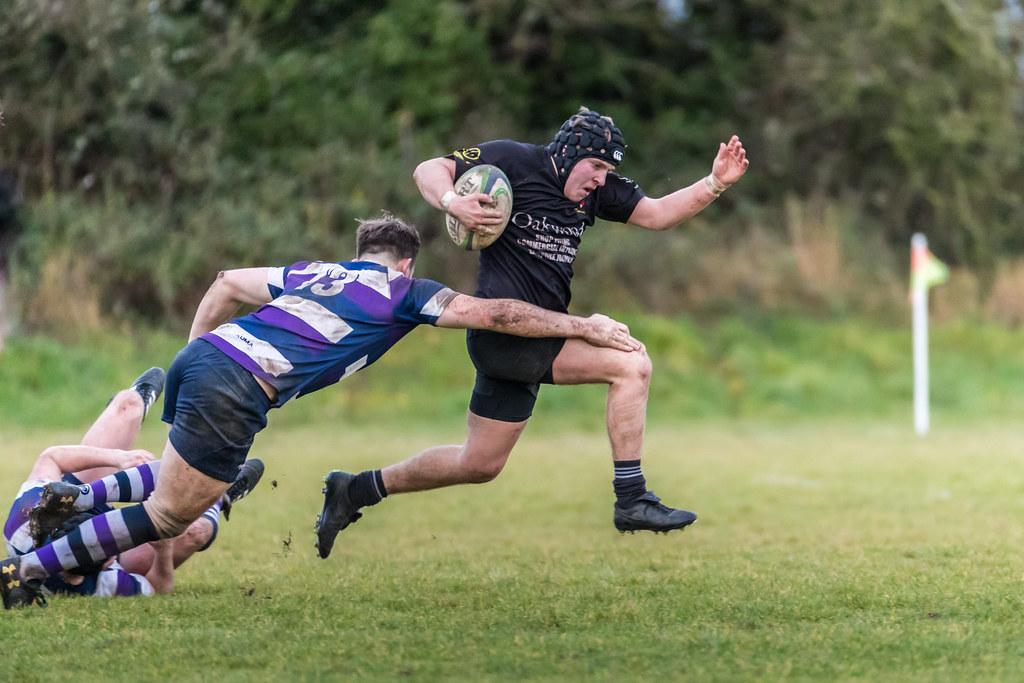 That second pic is as good, if not better. It also looks sharper. But yes it's tricky getting the right crop to show off the subject at it's best but to have as few distracting elements as possible.

MOD EDIT: OP has edit my photos - NO set

1 and 2 are small changes but make a difference. I'm going to assume the pitch is at an angle in 1 otherwise that one also needs straightening

3 has an arm but it's far less distracting than the other original.

Those extraordinary moments definitely happen in rugby but they certainly won't be every game, just keep at it. Sit behind the dead ball line and get players running towards you. Occasionally wander around and get a lineout or scrum shot. Catching restarts usually makes for good action. Get moments at their peak, like you've done with 6, rather than the kicker winding up to kick. 12 obviously better if the player caught it rather than (I suspect) fumbled. 1 is a good solid action shot, if you can look past the prop's hairy belly. 8 depending on what the frames per second count on your shutter is try and pick a frame that shows as much movement and motion as possible, rather than a player balancing on one leg.
Last edited by a moderator: Dec 12, 2018
OP
OP

Thank you for the comments. I love learning this stuff and receiving comments from those of you who do it more often than I means a lot. I have no excuses from an equipment perspective, now it's all about me progressing.
http://www.flickr.com/photos/clicku/

Number 10 is head and shoulders above all the others, for me I'm saying.
Really great moment in time.