went into jessops, and the Sony ranges are appealing

so the story goes, a newbie into dslr, and the current nikon d40 flash has broken. i chose nikon as people said it was good.

now i have got to know the nikon range and feel better.
thinking of an upgrade, such as used d80, had a feel, and it feels a quality bit of kit.

however i went into jessops, and had a play with canon and sony.

the sony alpha 300 or 350, not overly expensive, seems a good buy.
- image stabiliser in the body, so any other lens image stabiliser fits ok.
- my friend has said all the older minolta lens fit (so some cheaper used range options)
- good selling point for me is the live view mode, easily switched on and auto focuses pretty quick and easy (especially compared to my d40).

ok it doesn't feel as nice to hold, and then menu isn't as nice as nikon, but the above, could detract me away from nikon.

any reasons why i should or shouldn't go for sony?

I have one and I'm a rock star!
My Songs

I think it's only a choice that you can make once you have held the camera a couple of times.

I have just made the switch in the opposite direction and it only took one time of holding a D300 to convince me I wanted one. My reason for swaping was not anything to do with the Camera I loved my A100. What got frustrating for me was that I could not go into a shop and try out the lenses etc. This was due to poor stocks of Sony kit and it meant buying off the internet without trying.

I would say that a D80 will match in what can be achieved with each of the cameras although that is down to the user. You also need to bear in mind that you will lose the use of your current lenses.

I'm no expert, but the choice of lenses is often a common complaint about the Sony range of SLRs. And I think (but i'm not sure) that the equivalent sony lenses are more expensive, and harder to get hold of than their Nikon or Canon rivals. I'm sure someone more knowledgeable will be able to shed more light on the matter!
S

chris321 said:
I'm no expert, but the choice of lenses is often a common complaint about the Sony range of SLRs. And I think (but i'm not sure) that the equivalent sony lenses are more expensive, and harder to get hold of than their Nikon or Canon rivals. I'm sure someone more knowledgeable will be able to shed more light on the matter!
Click to expand...
It's not such an argument now. Despite Sony lenses being a bit overpriced. Sigma and Tamron both have an increasing range in A mount and because a) you don't need IS b) both these manufacturers have some great optics in their range, your choice of lens is not limited at all. Some of the classic Minolta glass is legendary and the range of accessories that most dedicated amateurs would require is covered by Sony's ever increasing range.

If you're budget isn't limitless then there are some appealling features of the Sony range which are worth considering. Obviously every lens is stabilised. But also, their wireless flash system is triggered from the in built flash, so you don't need a £300 flash on the camera to act as a slave.

I take Hammerheads point entirely. I recently bought the Tamron 17-50 f2.8 off the internet without trying it first. But I did go into my local camera shop and when they didn't have it in A-mount, handled the Canon fit one to check the build quality and then inspected hundreds of example shots on the internet to see how well it performed. I saw the lens tested in conditions I would never be able to try in the shop. :shrug:

The products offered by all the major players are excellent. I would go and try them all and make a decision based entirely on which one suits me the best. What a camera can and can't do is irrelevant if YOU can't make it do what you want in your hands.
OP
OP

thanks. good shout on the likes of sigma and tamron

Flash In The Pan

If you don't have any major investment in a lens system then you should try all of the major brands, but as Chris says some lens systems, like Sony, are a bit more expensive and harder to find in the shops.

had a feel on the canon, but it doesn't win me over the nikon. would prefer a used d80.

but the alpha 350, main selling point is the tilt screen and live view with almost instant focus. i probably won't use it as much on live view, but at least it's there when i need it.

i haven't got any particular lenses to warrant to stick to nikon system, as going to build it up next.

The Sony kit lens isn't a bad lens at all. It's a little lightweight in it's build quality, but the focal length it offers will cover most immediate requirements.
I initially thought it was a little "soft" but experimenting with various settings has resulted in some pin sharp results. I've just purchased a Sigma 17-70mm as an alternative to it, but will keep the kit lens for now as it offers good back up and I know that I can rely on it.
There are some cracking lenses available within the old Minolta AF range and all of these will work on the Alpha series.
Notably, the 50mm f1.7 and the 70-210mm "Beercan" (as it is commonly known). Both of these lenses have quite a following but can be purchased quite reasonably if you search around. Good examples of the 50mm can be had for between £50-£75.00 with the Beercan coming in around the £150.00 mark upwards. Prices are creeping up a little as more and more people are seeing Sony as a serious contender in the DSLR market and are buying Alpha cameras. I have lost out on a couple of Beercans recently but expect to get myself one once my bank account has recovered from my recent holiday.
As you can see, I have the A200....I thought long and hard about the A300 (dismissed the A350 as I didn't want, or need, the extra resolution) but also then decided that I didn't need liveview (the only difference between the two). I am very, very happy with my purchase. The camera is easy to use, feels pretty solid, and fits nicely in my hand.
A friend of mine (who came on holiday with us) has just sold his 35mm kit (Canon)...he is a very good "natural" photographer and actually took our wedding shots. He was very impressed with the capabilites of the Sony and took quite a few piccies with it whilst we were away.
I think he is just about to order an A200...
The one thing that really impressed him though was the Minolta 50mm f1.7 lens. He couldn't believe the performance of it on the camera, and when I told him it cost me £55.00 off of e-bay and was about 15 years old he was almost speechless! The fact that I purchased the A200 complete with kit lens for around £250.00 also went down very well. He paid only slightly less than that for the point and shoot he is currently using! The camera is a bargain.
Rob
Olympus E-PL1 with various lenses

I was faced with the same delema a few weeks back and eventually walked into Jessups to get hands on experience of a cannon, but i also tried 3 other makes for comparison. As somebody on here told me ' Go with what feels right and what makes me feel good', that I did and opted for the A300 twin lens kit.

I know everybody has there preference but i feel good with it myself and it suits my needs and ego, and with my kit growing im happy sod everybody else.

i can highly recommend the sony range,having had two of their DSLR's in the last year or so(upgraded from the A100 to the A350).having said that,i have no experience of either canon or nikon kit.sonys range and bodies has improved over the last few months,and with the full frame A900 plus new lens out in january next year,things are looking on the up.also,as whats been said..the minolta lens can be had for bargain prices on e-bay,and they are top bits of kit.here's a few shots taken with the A350 yesterday... 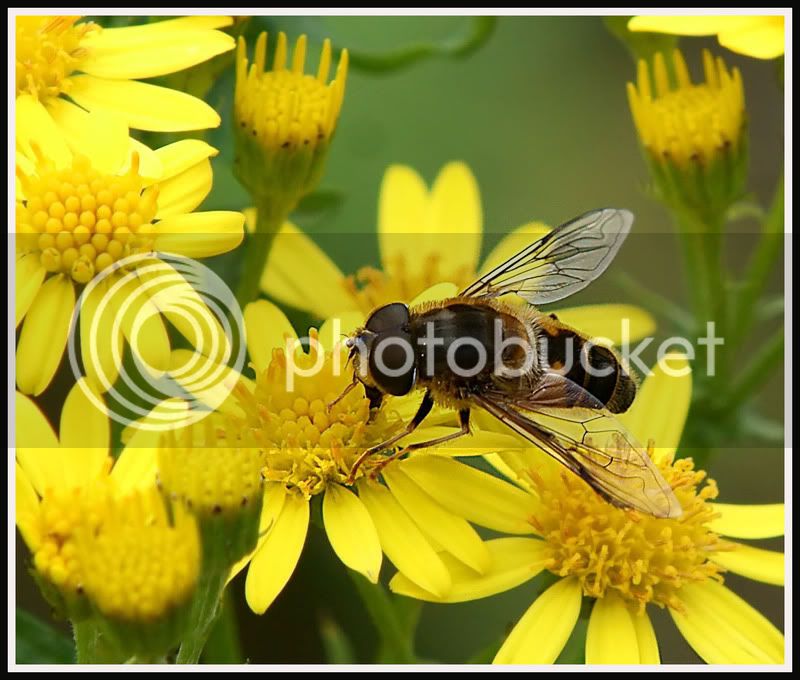 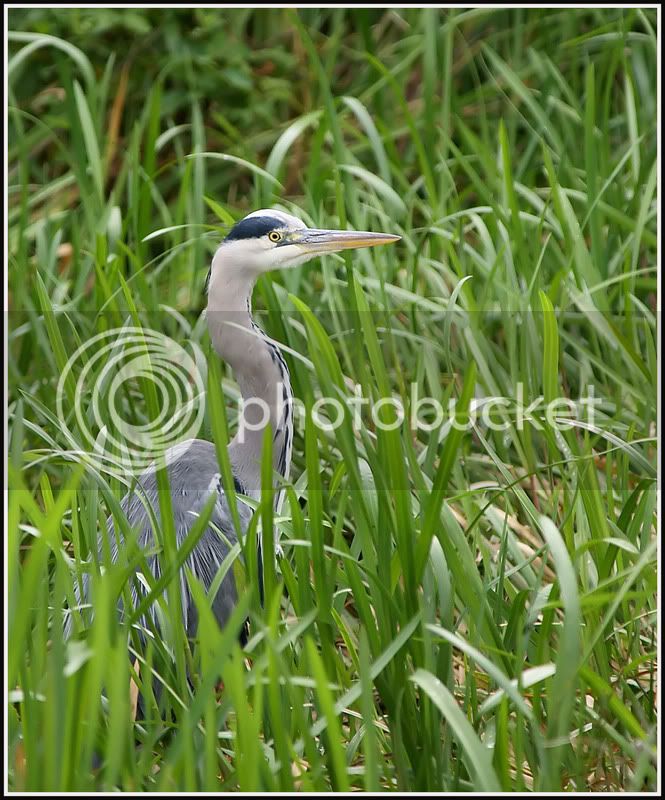 p1tse said:
ok it doesn't feel as nice to hold, and then menu isn't as nice as nikon, but the above, could detract me away from nikon.

any reasons why i should or shouldn't go for sony?

should i stick with my used d80 choice in mind?
Click to expand...

If you don't like the feel or the menus, I would be more tempted to go with your original choice of the D80. The in-body IS/OS/VR is a tempter as is the live view but if it doesn't feel right, will it get as much use as the alternative?
Cogito cogito ergo cogito sum.
The above is my opinion - it may differ from yours.
Tsikoudia doesn't contain many vitamins, that's why you should drink lots of it!
Quam minimum credula postero...
S

p1tse said:
can you explain the wirless flash system?
Click to expand...
Not as well as this guy:

the menu, i guess i can get used to, but it's just because i know what the nikon is like.
will it get much use, well, yes, as i wouldn't have an alternative apart from old compact, as selling the d40.

the menu, i guess i can get used to, but it's just because i know what the nikon is like.
will it get much use, well, yes, as i wouldn't have an alternative apart from old compact, as selling the d40.

stan the man, what lenses were those pics taken with?
Click to expand...
the only difference between the A300 and the A350 is the resolution...10.2 versus 14.6 megapixels.i honestly don't think it makes much difference in the real world..

that lens price is the same on the nikon and canon
http://www.jonknight.smugmug.com/

jonnyjogpants said:
that lens price is the same on the nikon and canon
Click to expand...
correct

it's a cracking lens,and worth every penny...although sony's RRP is around the £1800 mark.are the canon/nikon equivelants the IS or non-IS versions that are similar in price though?
my flickr

thanks, not something i would consider buying anytime soon.

unless you think the a350 would be a better investment over the a300?