How has Lockdown affected your photography?

Hello everyone, I’m a university student making a few photography magazines for portfolio reasons and I was wondering if anyone could answer my question regarding lockdown for an article I’m working on? (Apologies if these sort of threads don’t belong here, I wouldn’t know where else to put it).
My questions are what genre of photography are you into and how has lockdown affected your business or creativity, whether your a wedding photographer, wildlife photographer, or just do it for fun? Has lockdown been really difficult for you and your business or has it provided you with new opportunities to go out when there’s less people around?
Have you had to adapt your business/photography work to meet lockdown guidelines? Has it been difficult to do this?

business is f***ed, personal projects like road trip to Alps are out of question due to quarantine, print market is really shrunk due to uncertainty. It's s*** to be honest. All of this for a fairy tale. Hope that helps.
LongLensPhotography.co.uk - Stunning Landscape Photography
Photoneta.com - Interior and Commercial Photography

I do not run a business or anything but personally Lockdown has been quite good for my photography, it has given me a lot of time to learn and develop.
Watching plenty of videos and reading different materials and re-editing old photos that i thought i was happy with previously and seeing how far along i've come.

As a Wedding Photographer you may well expect me to have the same opinion as LLP above, but I've had a different experience to that initially imagined

I had initially thought I'm f***ed, drank LOTS of wine, and sulked

All but 2 of my Weddings from late March have merely postponed, so its given more of a cashflow issue than a loss of income. I've recently also Booked far more Weddings than I'd ever expect at this time of year. In short, its not really affected me financially at all in a negative way

What it has allowed me to do is launch a new website I'd been putting off for 7 months! Learn a lot more in processing, which should benefit me going forwards both in style and speed, and I've also significantly changed my gear to allow me to shoot in a different but more natural-to-me way

As my hobby is also photography, the only downside here have been that when I had plenty of time to go out shooting I wasn't allowed to; and when I was finally allowed to no pubs were open for a pint midwalk - which is terrible lol

Its not been easy by any means, and there are still plenty of concerns, but its been NOTHING like as disastrous as I had initially thought - just the same as most of my pals thought too

Business down the tube (workshops and phototours etc)

Still taking pictures but UK only. My annual trip to the big mountains in Europe is off the cards and I am crushed about that - I would have been leaving in about two weeks time and spending the entire Autumn in the Pyrenees.

But I've made the most of things at home and had a bumper good summer of landscapes here as the summer has been unusually good. Not into eating out, pubs etc so not lost out in recreation.
Last edited: Wednesday at 1:29 PM
My website

My photography is mainly travel based or in the case of this year, not
Trips in order of cancellation, Strasbourg, Munich, Nuremberg, Stuttgart, Enkhuizen and Lille

Also enjoy trips to cities in the UK and occasional wanders around London with fellow TP members
They have also been cancelled or at best postponed, just no fun in the current conditions

This year managed a week in Glasgow just before the Lockdown and a week at a cottage in the Forest of Bowland.
Cotswolds cottage booked for next month, given up hope now on a German Christmas market trip, maybe next year.

Fortunately in my case its only for fun, but still rather disappointing when you have the travel gene
Last edited: Wednesday at 2:08 PM
F**tball League has its O's back where they belong

As someone working in the NHS, it's completely ballsed mine up. For the first 3 months of Coronapanic™ I was working 6 & 7 day weeks... It's calmed down a lot but still no energy to get out. That will hopefully change as soon as I get my current big project delivered this weekend and a week or two off. Still all that overtime would pay for many new toys... If I'd claimed it.
it just couldn't be that easy

For my main interest of wildlife it has been very disruptive. Every 2 years I go to Southern Israel, Eilat to be precise, for the Spring bird migration in March. Our motorhome trip to France in May/June held the lure of finding the elusive Golden Oriole but the certainty of Hen Harriers and other species around the Meuse and lastly our trip to New York in early September to see our daughter and family carried with it the certainty this year of Bald Eagles and Hummingbirds around their property in the Catskills.
On the bright side they are coming back permanently to the UK in a few weeks. Life in the USA is not what it was and they are fearful for the future there. I'm not entirely sure that the future here will be any rosier but at least Trump is not here and people don't go round with semi-automatic rifles on their shoulders.

With my local(ish) Royal Parks being virtually closed my local wildlife photography went on hold but I have developed a keen interest in macro.
For the rest of it not much. We're retired, I'm 73 so effectively went into a sort of isolation for months which meant little interaction with our grandchildren, I haven't even held in my arms the wee lad of 4 months. Things are improving in that area slightly as we now see them but socially distance.

I really feel for those whose entire livelihoods have been shattered by the situation.
My Flickr
D

Business wise I lost all my school event bookings in March, had no income for six months and only now in September have I had some work. This month I’ve photographed a wedding ceremony and I’ve got two sports bookings, so this could see a gradual return.

Creative wise, I like London street photography, but it is a train ride away and not worth taking the risk. Wouldn’t like to get caught out there and have to get a busy train back. So instead I’ve been mostly photographing our dogs and local nature. 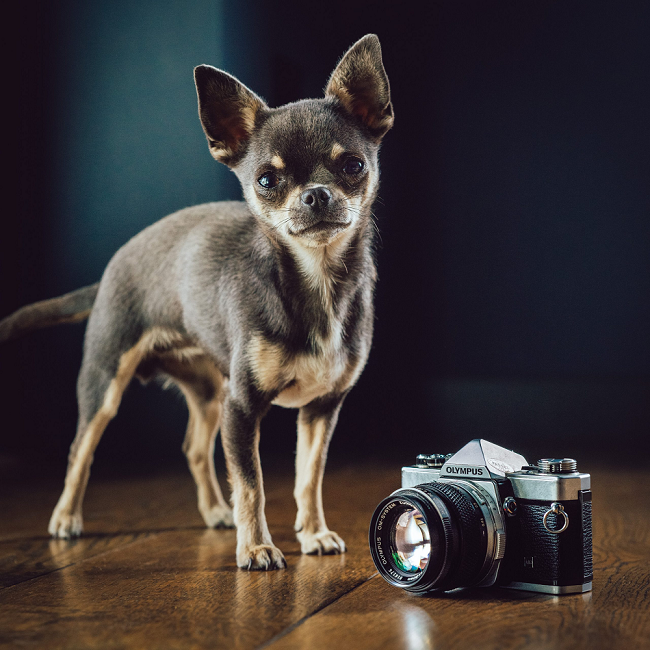 I’m Dan, and usedlens.co.uk is a product of the the Covid-19 pandemic. When the UK went into lock-down, in March 2020, all my professional photography bookings were cancelled and I was…

Very informative Dan- I enjoyed reading it too

@dancook Thank you so much for your reply.
I was wondering if you’d give me permission to use one or two of your photos to be used in my article (magazine will be published on my website for university portfolio reasons). You would be given full credit of course.
No worries if you are not comfortable with this.
Thanks again for your reply.
Jade
D

Jxyz said:
@dancook Thank you so much for your reply.
I was wondering if you’d give me permission to use one or two of your photos to be used in my article (magazine will be published on my website for university portfolio reasons). You would be given full credit of course.
No worries if you are not comfortable with this.
Thanks again for your reply.
Jade
Click to expand...

I've sent you a PM to discuss, thanks

Ever so useful! Great! Thank you very much! Well done - what a great project that's proved itself!

I’m Dan, and usedlens.co.uk is a product of the the Covid-19 pandemic. When the UK went into lock-down, in March 2020, all my professional photography bookings were cancelled and I was…