This is just a post on my recent lack of creativity and how I'm trying to get it back.

I used to be fairly creative with my photography (tables top, still life, kind of stuff). Then I started to look at others work for inspiration, which was find for a bit. Then after a while, I started (not consciously) trying to copy what I'd seen and not be inspired by it. The only inspiration was to actually pick up the camera and take a photo.
I'm now trying to get my creativity back without looking at others work. Instead I'm looking around home and in antique shops for things that I can put together to make photos.

My aim has mostly always been the same, to take pictures of people and places I love and stuff I find interesting. Time is an issue for me and the next issue is the weather or rather the light as often when I do get time to go out the light is poor and the pictures I take will very often be much less nice to look at.

I read something a long time back along the lines of people thinking it's all about the camera and then moving on to thinking it's all about the lens and then finally realising it's all about the light. That may well be true but deciding what light is good and what isn't will I suppose depend on what you're pointing the camera at, in what conditions and what end result you're going for. I read a comment on Luminous Landscape some time ago about the quality of light above a certain latitude giving a special quality to images. I live above the latitude they were discussing and from my point of view I have more than enough pictures of my local area in what I'd describe as dead flat light and what I long for is some quality light and shadow and colour and contrast not the grey/white no sky nothingness and dead flat light I often see.

I don't have an issue with motivation as such but on some days I look out of the window and think there's no point taking a camera out unless I want to process the hell out of the pictures in a vain attempt to get something I'd want to look at. Me and Mrs WW went to a local park the other day, it was a mostly no sky dead flat light day and although I took maybe 30 pictures and Mrs WW will zap some off to family and friends as she does I wont look at any of them again. Light like that may be interesting if you've never seen it but live with it day after day and it soon gets old. So, that's my issue, light.

Good timing on penning this post as I've finding a lack of creativity as well.

In fact I'm cleaning out the shed today with a view of getting the studio lights set up again for some flower macros before they all wilt & die.

Alas I think my dog Rosie is getting a bit old to jump onto the bench in there, I'll have to try & get some of her laying on the floor.

woof woof said:
I don't have an issue with motivation as such but on some days I look out of the window and think there's no point taking a camera out unless I want to process the hell out of the pictures in a vain attempt to get something I'd want to look at.
Click to expand...

I know what you mean. For me I look out of the window and think 'it's bright or too dull' and end up later in the day 'i wish I'd taken the camera out'.
That's partly the reason I like still life, available light isn't an issue because I'm using flash, i have control of the light.

GreenNinja67 said:
Alas I think my dog Rosie is getting a bit old to jump onto the bench in there.
Click to expand...

I know what you mean, my dog Ruby is getting a bit long in the tooth. She's slowed right down and her joints aren't what they used to be. Being a black lab, I find it quite hard to get a correct exposure, especially out doors, if I expose for her, my background is generally way to bright. To get the look I want for a portrait (black dog on a black background) I'd need another softbox, which I haven't got around to buying yet and maybe another light to use as rim light, to separate her from the background.

Yes they're not easy Dominic.

This is Chloe, my daughter in law's dog and again she's getting quite arthritic now too.

I've now got a Godox V1 and waiting for the Bowens adaptor to be delivered. Will make a good rim light I think. 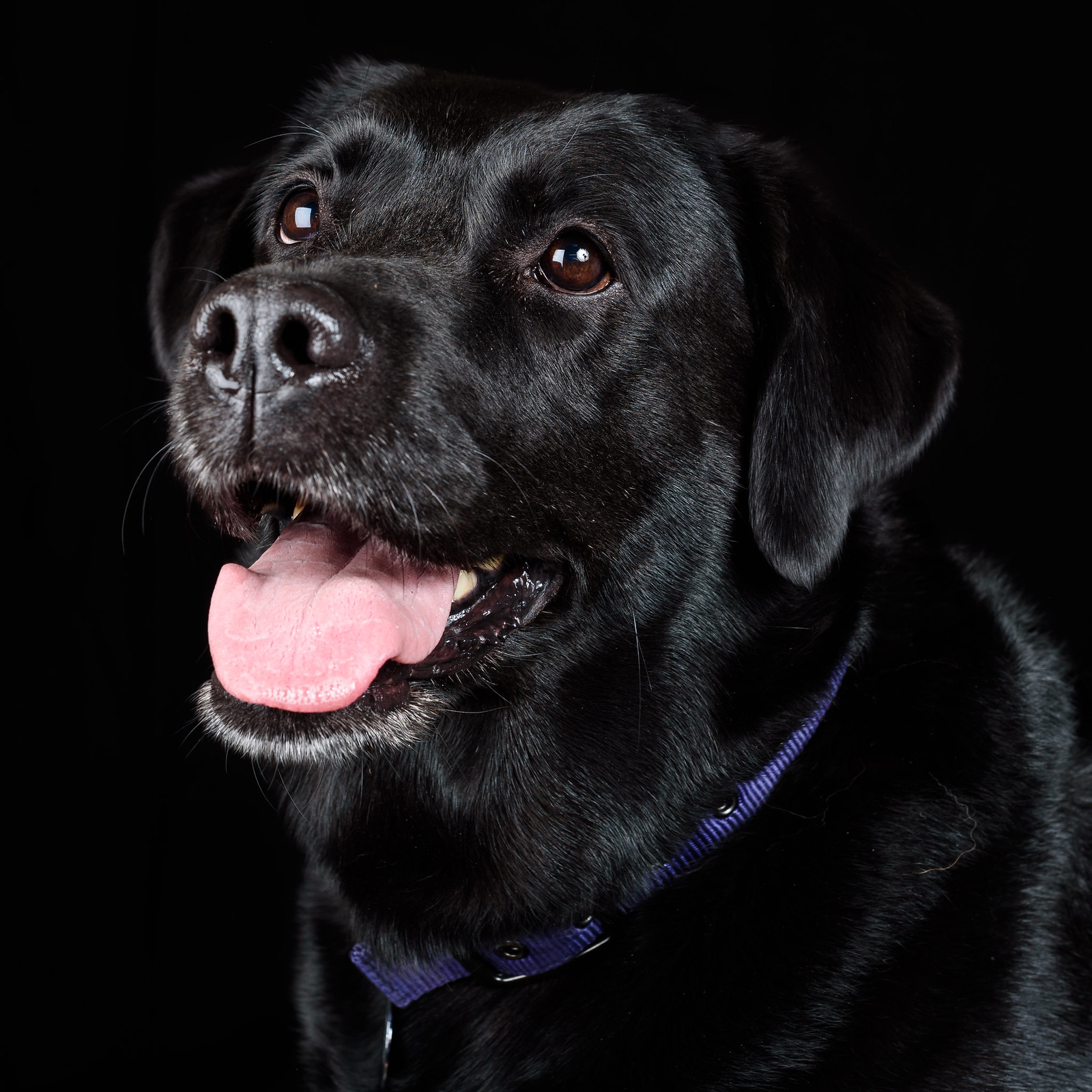 Chloe by Terence Rees, on Flickr[/URL]

She looks lovely.
Because their coat goes in all directions around the neck, shoulders and chest there's always some real black areas.
S

As getting out the door seems to be the problem has nobody considered taking inspiration from still life photographers such as Edward Weston or John Blakemore or maybe reading a book about photography or a particular photographer? Indecision or lack of ideas often come from trying to work in isolation without any context. Here's an idea, down to the florist and ask for a bunch of dying flowers and make something beautiful from them.

I'm struggling likewise, thinking about setting up for still-life but that genre doesn't excite me. The landscape around me is utterly uninteresting except maybe for reportage style documentary a la Meanygate Meanderings (I like the series but I'm not visually inspired), and I find both the built environment and people ugly but not in a photogenic way. The only project I've come up with is a series on People and their Mobility Scooters. But since they move fast and many are not actually disabled, they scare me! (with all due respect to those who are genuinely physically constrained and for whom their scooter is a lifeline)
I'm waiting until the weather has driven people away from the seaside and hills, so I can start visiting more interesting locations that will not be crowded.
Flickr: https://www.flickr.com/photos/lindsaypennell/
Nikon, Olympus (digital) and Pentax (film) user
You must log in or register to reply here.
Share:
Facebook Twitter Reddit Pinterest Tumblr WhatsApp Email Link
Top