What have you done with your camera today

Lindsay56 said:
@justpix Immo, your shots of Wiesbaden make me nostalgic for when I lived in Taunusstein 86-88. Happy memories.
Click to expand...

Hi, thank you for your friendly interest, Lindsay. For me, Wiesbaden lies just across the river. So, I go there quite often for a photo-walk and refreshments.

I show some of my pics in different threads (windows, stairs) because I do not want to flood this thread ... ---

But maybe one should create an open thread where I live for postings like this.

Have a nice Sunday,

A day out with some of our Grandchildren - managed to get this one of Mrs. Chuckles (with her new, Xmas present lens) had to give it back though 10 minute later. 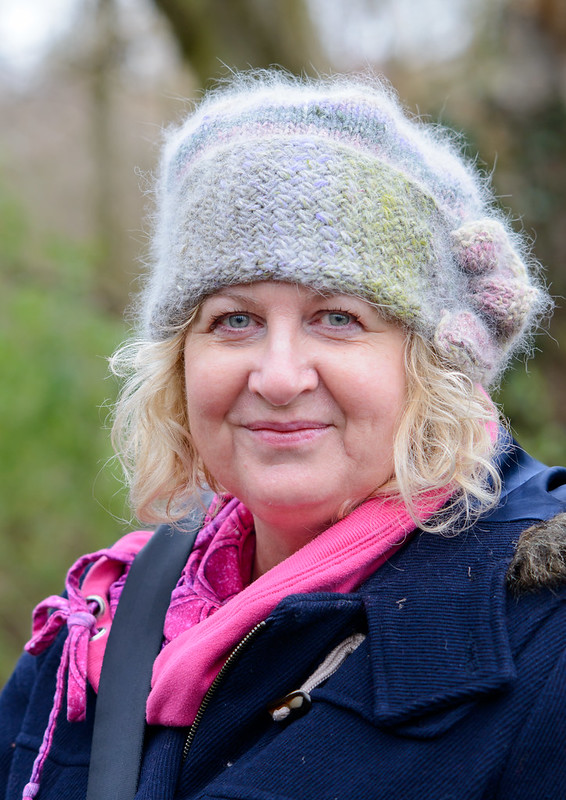 Anglesey_Abbey-0930 by Barry Cant, on Flickr
I used to be sane but now I'm cured! 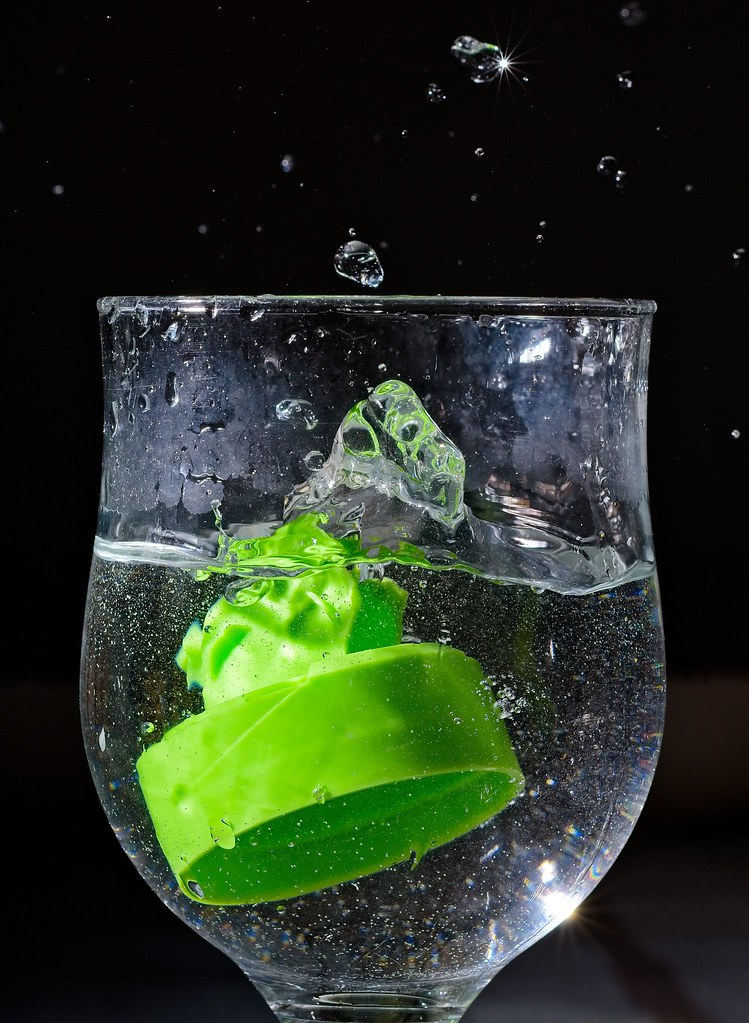 Green is the colour 1 by Daz, on Flickr[/URL] 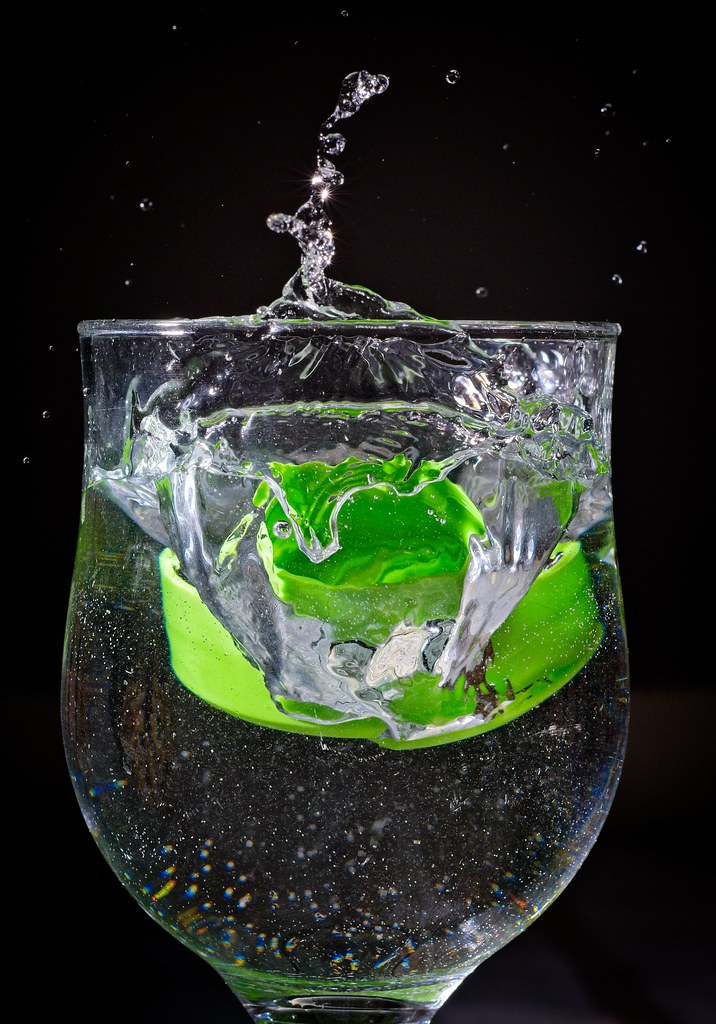 Green is the colour 2 by Daz, on Flickr[/URL]

I haven't 'clicked' the camera for over a week but fitted it with a new strap yesterday
https://www.flickr.com/photos/manxmaid2000/

Hi, took my car to the dealer's for service, went for a walk across the Rhine, and took pictures like these:

Took about 20 shots on Kodak TX-400 with the Canon EOS 1V until it got too dark. Then I changed to digital and took some more shots with quite high ISO.

Hi, among other things, I went to my Mercedes dealer, had a look at the S-class:

Went down into the bargain basement for the used G-class:

I asked a Stupid Question Once...

I took my camera out so I could backup my photos. This isn't something I do frequently but then again I don't go often with my camera so I suppose it evens itself out. When I got my camera, I bought a 64gb Card as I figured I'd rather be safe than sorry storage wise. As I was copying everything over, it occurred to me that apart from deleting blurry photos at the time of shooting, I've never deleted a photo and my memory card is sitting at 37gb used and I've had my camera for over 2 years. Their are roughly 2'300 files which includes both fine Jpeg + RAW. I've been fascinated with exposure bracketing so their are many bracketed photos on their but I was just surprised as I see photographers needing to take multiple cards and frequently backup. I understand all of this is practically an indictment of the fact that I photography for me is a mere hobby and as of late I haven't been shooting at the frequency I once was.

I'm going abroad soon so I thought I might as well delete whats on the card but despite multiple trips and many photos later, I just found it quite surprising I was sitting at 37gb after 2 years of photography.

Does formatting the cards and starting to charge the batteries in my backup camera, in prep for my first Anime Convention of 2019, count as doing something with a camera?
https://www.flickr.com/photos/timw1/

Well, I got a nice Canon 6D with a low shutter count and this is one of the first pic's I took with it.

Not today but two days ago .... my precious Canon G7X, had her three years and now she's gone. God I loved that little beauty. 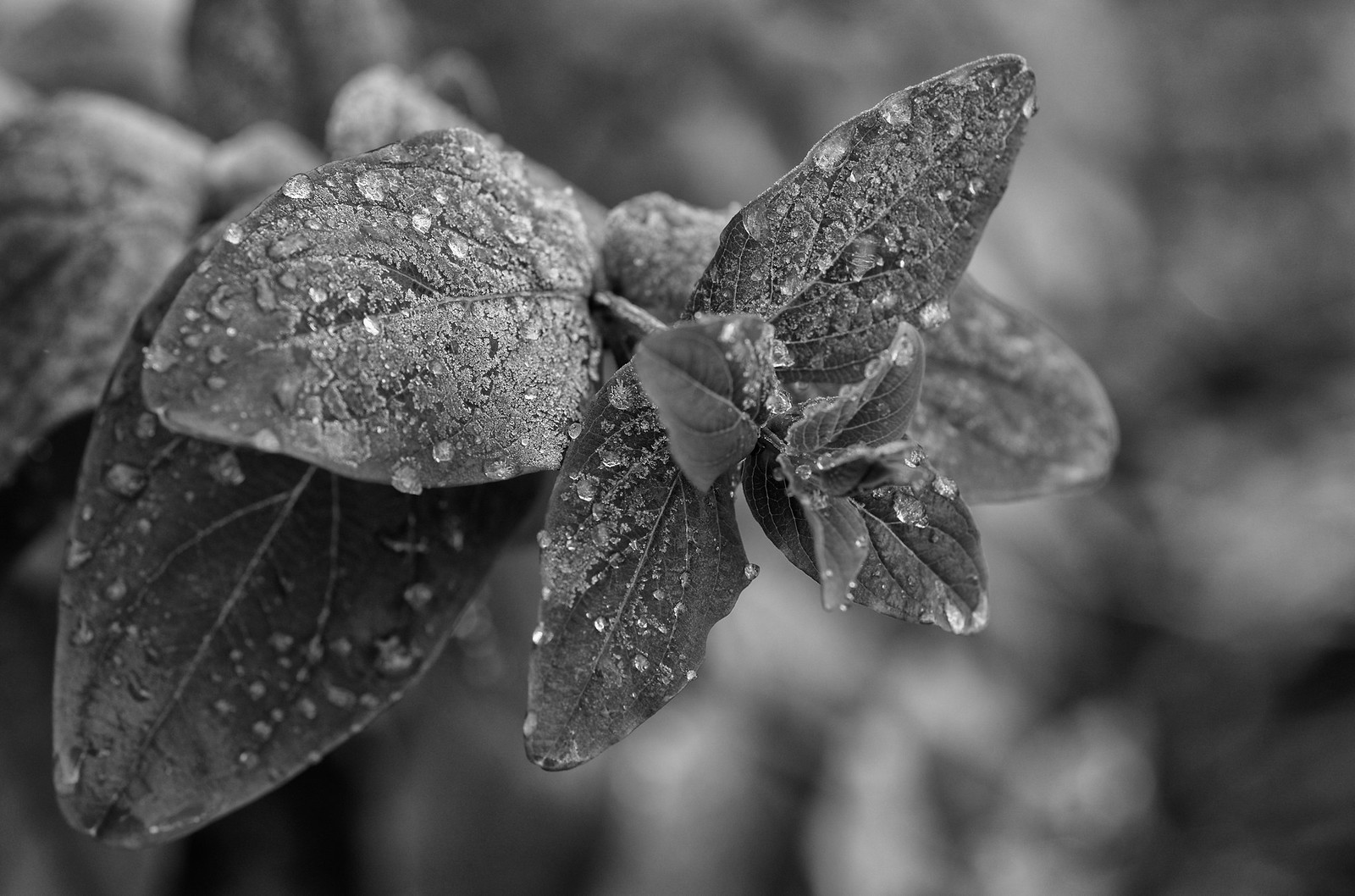 Given that my last post in this thread was about picking up my camera only to discover that it didn't have a memory card in it, you'd think I'd have learned a lesson.

Bought a SH camera last week and not had chance to play with it.

So brought it in to work with me today with the intention of popping over to Hyde Park at lunch to try it out. Went to take a pic on my way and up pops the the 'NO CF CARD' message.

Thought I was being smart too as I made sure I had a spare battery as well.

Hi, we had a little snow today in Mainz/Germany. I went out for a walk (Leica M9 - ZEISS Distagon 1,4/35) and took some pictures.

Ran through my first roll of Acros 100 in the snow!
Contact 2020: Are You Interested in a Project?
My Flickr
Rules are foolish arbitrary mindless things that raise you quickly to a level of acceptable mediocrity and then prevent you from progressing further.
Forget the rules; just make strong images - Bruce Barnbaum
​

15kg of gear, 6km
Lowering my expectations has succeeded beyond my wildest dreams!

Had a beer in a micro-brewery after that:

LC2 said:
Does formatting the cards and starting to charge the batteries in my backup camera, in prep for my first Anime Convention of 2019, count as doing something with a camera?
Click to expand...

I hope so - that's all I've done for a while! Currently charging my Panny compact to take up to the classic motorbike show at Shepton Mallet tomorrow.
Cogito cogito ergo cogito sum.
The above is my opinion - it may differ from yours.
Tsikoudia doesn't contain many vitamins, that's why you should drink lots of it!
Quam minimum credula postero...

Nod said:
I hope so - that's all I've done for a while! Currently charging my Panny compact to take up to the classic motorbike show at Shepton Mallet tomorrow.
Click to expand...

I don't think you will see much. It has been postponed, possibly until Feb 24th. The Yorkshire lot have turned around and gone home yesterday. It must be true, Frank Westworth said so!

On the other hand, I had my P7800 around my neck while I went fishing, up to my chest in the river, I managed to winkle out two grayling, then I couldn't feel my feet anymore and struggled to get back out. I didn't know if my feet were on the bottom or not, I simply couldn't feel a thing. I am home now, pictures are still in the camera. I will dig them out one day this week, when I feel like it.

Thanks for that, Simon - saved me a wasted trip!

Hope your toes have defrosted - the GS would have helped if you were on the boxer!
Cogito cogito ergo cogito sum.
The above is my opinion - it may differ from yours.
Tsikoudia doesn't contain many vitamins, that's why you should drink lots of it!
Quam minimum credula postero...

Hi, went to Wiesbaden on a cold, sunny morning to take some pictures and to have lunch.

I seem to have taken hundreds of pictures of the surf at Los Molinos and another bay down the coast on Fuerteventura today.

Took some shots on Kodak Portra 400. Isn't finished yet, counter is at 28 now, so 8 pictures left. May then (finished, developed, scanned) look somehow like this one. I mean quality and all that:

I took it for a walk. This is becoming all to frequent - I need to actually use the camera while I am out.
My analogue camera blog: oldcamera.blog

"Any fool can appreciate mountain scenery. It takes a man of discernment to appreciate the Fens."
(Harry Godwin - pollen analyst - circa 1932) 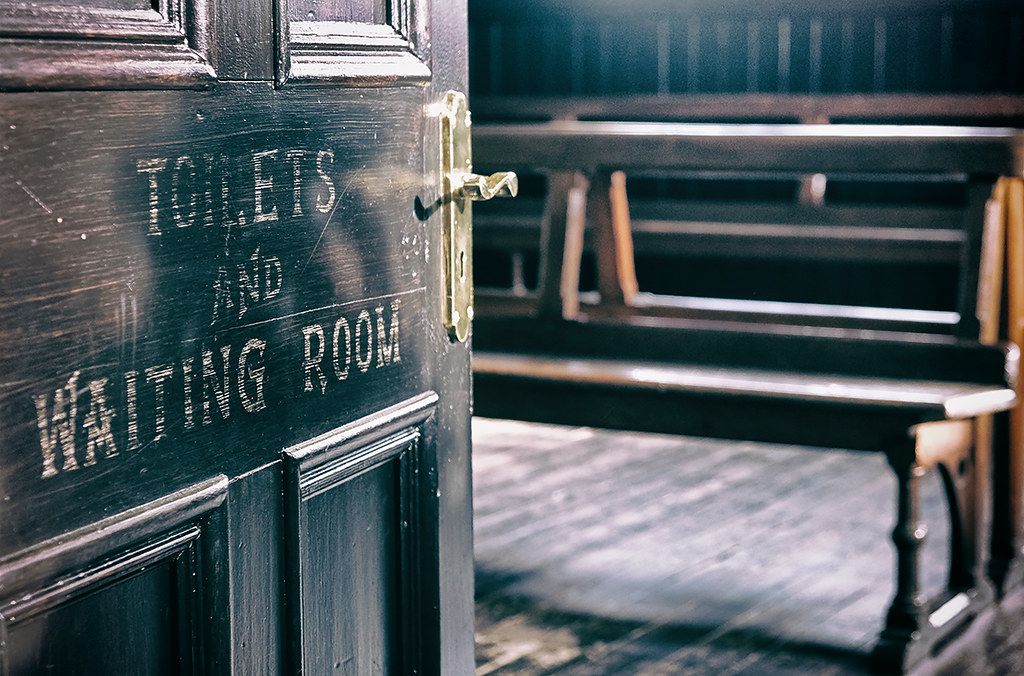 Lowering my expectations has succeeded beyond my wildest dreams!

A little walk with the Fuji X100s
The world is full of answers. Some are right, some are wrong.

Hiding in the house from the wind and rain. 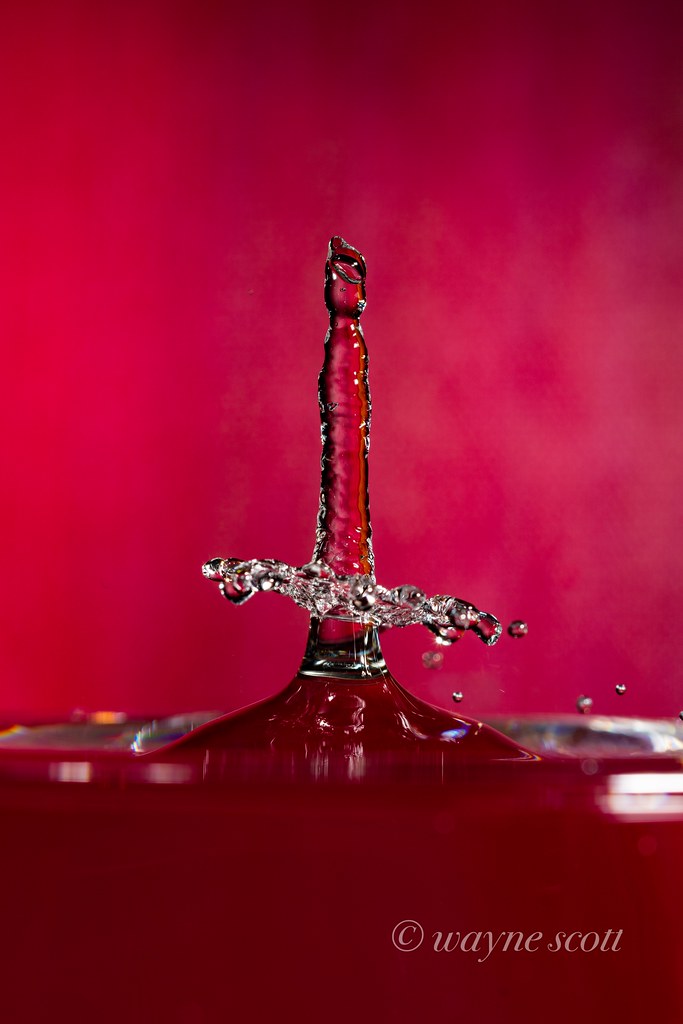 Hi, cleaned the sensor of my Leica M9 dry today:

Hi, the question is, of course, how it will perform with WA or UWAs. I can see good reasons for using Leica M mount lenses on the Z7 now,
native lenses not being available, and if so, being of the heavy metal variety.

But in the long run, it might be better to take a purist approach: Leica lenses with Leica bodies ... ---

At least, this is my SONY adapting experience.

Yes you're probably right. I'm just using my M lenses alongside a couple of Nikon lenses. The M's spend most of their time on film bodies.

Hi, on a hazy, sunny morning I went to Frankfurt to take pictures of the bridges across the Main (SONY A7Rii - ZEISS Batis 2/25).

Two miles from home, there was a traffic jam:

Hi, cleaned the sensor of my M9 again, this time wet. First go: